Have a Sense of Human™

“Frame This…Revelations®”, a new campaign by the Geoffrey Beene Foundation uncovers the truth of cancer’s ruthless and vicious assault by showcasing the work of artists who are battling this insidious disease – either for themselves or their loved ones.

What could be more gut-wrenching than hearing from your doctor that you have cancer? That sinking feeling of desperation and helplessness that touches the very core of your being?

Artists across all disciplines (e.g. painters, photographers, musicians, writers etc.) are invited to reflect upon their feelings after their initial cancer diagnosis and create a piece of art (a “revelation”) that captures their experience.

By inviting participating artists into the laboratories at the Geoffrey Beene Cancer Research Center at Memorial Sloan Kettering, we hope to help them understand how revolutionary new cancer research is affecting the outcomes of their individual cancer prognosis.

The ultimate goal of this project is to build a groundswell around the work that Geoffrey Beene Foundation does to push new revolutionary cancer research forward. 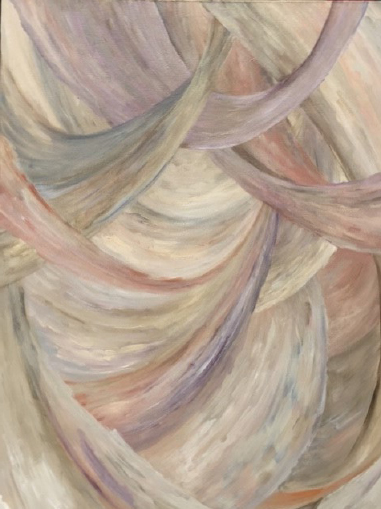 Meet The Artist KYM A. RAMPA > 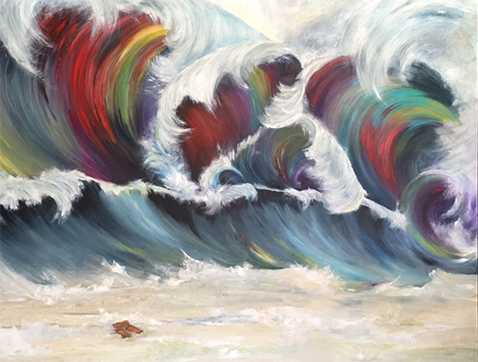 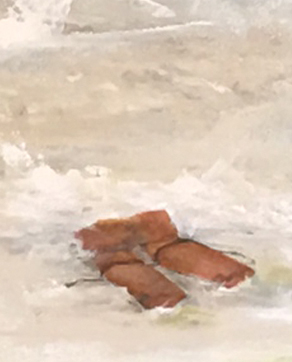 Much to my dismay, life messed with me again; my cancer is back and there is NO CURE…”
A detail from “DESPERATE...SAVE US” by Kym A. Rampa. Click on the image to see the painting in its entirety.
DONATE HELP US WITH OUR MISSION TO SAVE LIVES BY SUPPORTING NEW RESEARCH AT THE GEOFFREY BEENE CANCER RESEARCH CENTER AT MEMORIAL SLOAN KETTERING. DONATE NOW TO MSK CANCER CENTER >
A LOOK INSIDE GEOFFREY BEENE CANCER RESEARCH CENTER > 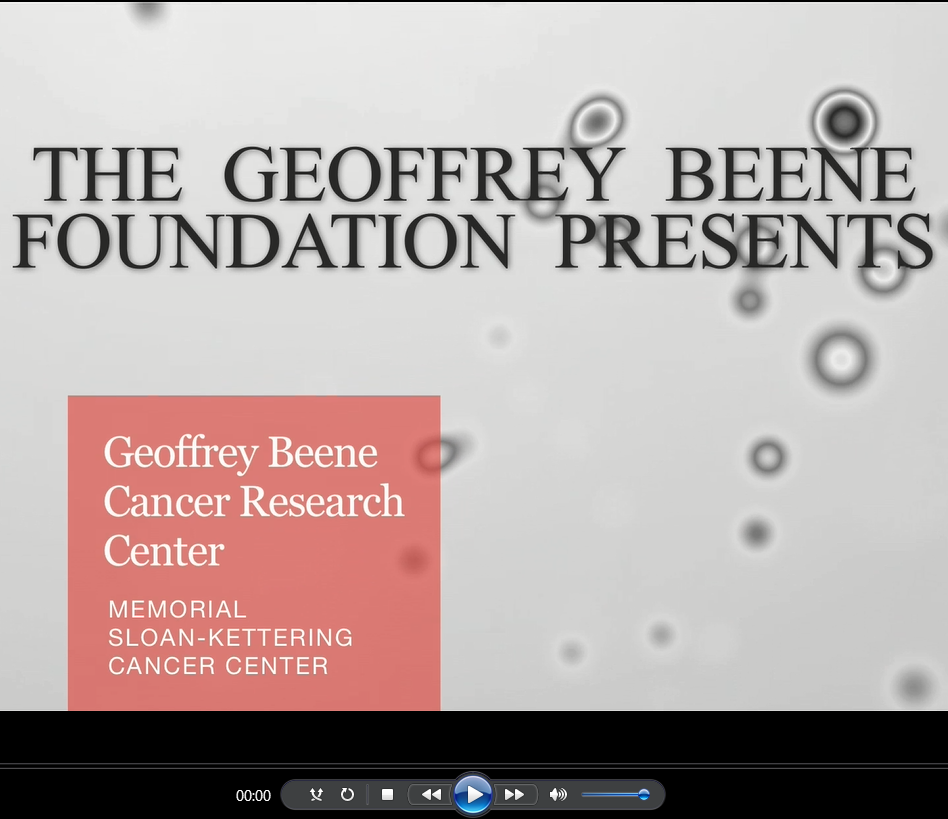 Dr. Debyani Chakravarty is a lead scientist in MSK’s Kravis Center for Molecular Oncology. After completing her undergraduate degree in chemistry and economics at Boston University, Debyani went on to pursue a PhD from Georgetown University in Biochemistry and Molecular Biology, where her thesis research focused on breast cancer development.

Following graduation, she was accepted as a post-doctoral researcher at the Memorial Sloan Kettering cancer center (MSK) in Dr. James Fagin’s lab where she studied the function of specific genetic mutations found in patients with metastatic thyroid cancer. Specifically, she used mouse models to understand why these alterations were associated with resistance to standard therapy. Dr. Chakravarty then went on to pursue a second post-doctoral fellowship studying an aggressive brain tumor that strikes adults in their 40-50’s, glioblastoma, with neurosurgeon Dr. Cameron Brennan. In Dr. Brennan’s lab, she used computer modeling to investigate mutational co-patterns in glioblastoma to identify possible therapeutic vulnerabilities.

Born in Bombay (currently Mumbai), Debyani grew up in Hong Kong where her parents had settled for work. Her dad is a retired accountant and her mum used to work in a bank. She has a sister who’s a mental health counselor in Massachusetts. At 17, after receiving 2nd prize in the Hong Kong national short story competition competing with other adults in the category, Debyani had considered pursuing a PhD in English Literature, her dream school being Oxford (of course). She had also thought of becoming an artist, but afraid that she wouldn’t make a living with that profession, abandoned the idea. Science hadn’t been on her radar. However, her grandmother, who had raised her and her sister and bore a significant influence on Debyani, changed that.

When Debyani was wrapping up her undergraduate degrees, her grandmother developed a chronic illness, Idiopathic Pulmonary Fibrosis, that has no known cause, and at the time, no available interventional treatments. In her last visit with her grandmother, Debyani saw multiple doctors that consulted on her grandmother’s condition, and remembered seeing the fear and bafflement that her grandfather and parents experienced in the face of not having control over the course of her grandmother’s care and their complete dependency on her doctors. In this last visit, Debyani’s grandmother said to her ““You can be behind the scenes, you’re in research, so research a cure. Don’t let others suffer like this”. This changed Debyani’s career path, and she became dedicated to learning more about cancer, which in its essence is viewed as a collection of tumor type specific orphan diseases, and making sure that patients have the tools and knowledge available so that they can advocate on their own behalf.

Currently Dr. Chakravarty leads the scientific and clinical development of OncoKB, a precision oncology translational tool used universally by patients and clinicians to understand genetic mutations in cancer and potential treatment options. Dr. Chakravarty and her colleagues are committed to helping more people understand the science and research that connects targeted cancer therapies to genetic mutations. She’s also been taking classes in figure and portrait drawing since 2001 and continues sketch, draw and paint when inspiration hits! The art worm never went away…

Dr. Scaltriti was born and raised in the country-side of a small village in the north of Italy, where he observed plants and animals, and wondered why nature changed so radically from winter to summer. He wondered where did frogs come from in spring, or the bats and mosquitoes during summer and where did they go in winter? When helping his father in their farm this initial interest in animals and nature was coupled with his innate ability to recognize when their animals were sick. Soon at only 14, with his mother, a nurse, teaching him the basics, he was treating animal infections or giving them intramuscular injections.

Based on his work on the farm and his love for animals, Dr. Scaltriti decided in 1992 to attend the Veterinary School of Bologna, Italy, and enjoyed every minute of those unforgettable 5 years of training and work. However, as much as he loved (and still loves) animals, his mind would always seek out the more basic questions. When administering a drug, he wasn’t satisfied that the drug simply worked, he need to know, mechanistically, why. He preferred pharmacology over clinic, biochemistry over surgery. This passion to understand the basic science of clinical practice drove him to pursue a PhD in Molecular Biology, which he achieved in three years in three different countries, Italy, UK and Spain. His exposure to these different scientific environments in pursuit of his thesis in prostate cancer cemented his interest in cancer biology research.

In September 2004 Dr. Scaltriti was invited to give a seminar at the Vall d’Hebron Hospital in Barcelona, Spain. While preparing the slides for his talk, Dr. Scaltriti had no idea that this trip to Barcelona was going to change the course of his career and life. The hospital’s Chief of Oncology Dr. José Baselga (now Physician-in-Chief of Memorial Sloan Kettering Cancer Center) attended his seminar and that same day offered Dr. Scaltriti a postdoctoral position. This was the beginning of what is now a still fruitful collaboration. Together, Dr. Scaltriti and Dr. Baselga unraveled mechanisms of resistance to anti-HER2 therapy and PI3K inhibitors in breast cancer, studied novel combinations of targeted agents and, importantly, trained dozens of young investigators

Dr. Scaltriti moved to Boston in 2010, where he was appointed Instructor in Medicine at the Massachusetts General Hospital affiliated with Harvard Medical School. In February 2013, he moved to New York where, in addition to rescuing his now 14 years old Blue Russian cat Rondo, he joined the faculty of Memorial Sloan Kettering Cancer Center. In 2016, Dr. Scaltriti was appointed Associate Member and started his own laboratory investigating how specific gene/pathways alterations are associated with therapy sensitivity and clinical response.

Currently, Dr. Scaltriti runs his laboratory, supervises Dr. Baselga’s team, is a co-founder of a Medical Travel Agency for international patients that seek medical care outside of their countries, and is the Associate Director of Translational Science within the Center for Molecular-Based Therapies. He continues to ask the same questions that prompted him to start his career in cancer research: 1) Why does an effective drug stop working? 2) What can we do about it? 3) How can we get state-of-the-art cancer care to everybody? 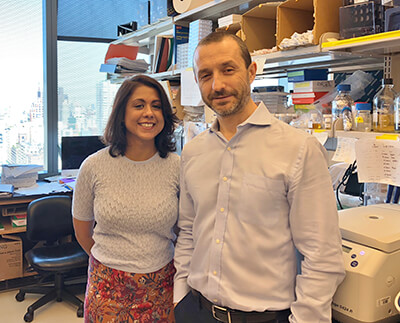 Dr. Debyani Chakravarty and Dr. Maurizio Scaltriti at Memorial Sloan Kettering, they will facilitate the exploration for the visiting artist to observe the methods and tools scientists are utilizing in “new” revolutionary cancer research across all cancers to save lives. We hope the artist’s insights gained from this unique exposure will evoke inspiration expressed in an artistic statement to galvanize the public and government to support cancer research through Frame This…Revelations® campaign. To participate, please submit photos of artwork and resume to:  https://geoffreybeenefoundation.com/frame-this-contact/ 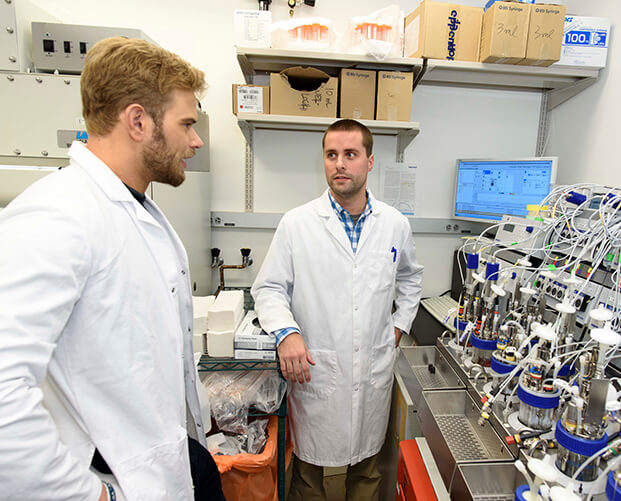 MISSION STATEMENT: Geoffrey Beene Foundation’s “FRAME THIS … REVELATIONS®” strives to promote EMPATHY for cancer patients and caregivers by making the public aware of cancer’s insidious destructive force on the Individual; physically, emotionally and psychologically and to INFLUENCE the urgent need for the public, private industry and government officials to proactively SUPPORT NEW CANCER RESEARCH in order for the scientific community to find new solutions to save lives … hopefully ending human misery from this despicable disease. The artist is the best vehicle to make this case. Only with “new” research can there be hope … more “new” research saves lives. “Revelations®” will “Frame” the urgency and provide a platform to underscore the necessity for people globally to put greater pressure on private enterprise and government to provide greater funding for new cancer research.