The Geoffrey Beene Alzheimer’s Initiative was launched in 2007 as a major charitable beneficiary of the Geoffrey Beene Foundation – to fight Alzheimer’s – a fatal, degenerative, neurological disease that has no cure. The Initiative is a philanthropic, not for-profit 501(c)(3), committed to providing catalyst funding to innovative new projects that advance awareness, diagnosis and research in early stages of Alzheimer’s disease.

The Geoffrey Beene Alzheimer’s Initiative’s mission is engaging a new generation of innovation. Even though experts now widely agree that early stages of Alzheimer’s hold the key to treatment and prevention, individuals with early Alzheimer’s have always been difficult to identify and costly to study in traditional clinical trial-based research. As a result, the scientific community has only begun to understand initial, pre-symptomatic disease progression and potential therapeutic options. The Geoffrey Beene Alzheimer’s Initiative focuses on this relatively new field of research.

We promote “big data” analysis and mainstream digital tech applications like mobile brain behavior monitoring and social media-based population databases that can focus and support the growing millions of Americans who are worried about their brain health. The Geoffrey Beene Alzheimer’s Initiative reaches across disciplines and industries through awards-based, open source challenges that engage new leaders with new ideas about our nation’s aging population and how to accelerate the development of Alzheimer’s therapies.

The Geoffrey Beene Alzheimer’s Initiative also collaborates with inventor/entrepreneurs and researchers on real-world systems and tools that accelerate the study of Alzheimer’s and engage the public as Citizen Scientists (CogState ClinicalTrials software, BrainBaseline™, and the Alzheimer’s Prevention Registry).

SOME OF OUR PROGRAMS

The Geoffrey Beene Alzheimer’s Initiative believes that new advances in early Alzheimer’s research will require nothing short of widespread public involvement and education through high profile public service campaigns such as the pioneering HBO documentary series, “The Alzheimer’s Project,” work to alert mainstream America to the coming Alzheimer’s epidemic. 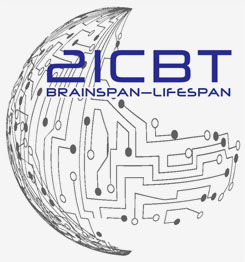 Launching the 3rd Quarter of 2014, under the 21st Century BrainTrust™ led by the Geoffrey Beene Alzheimer’s Initiative, a virtual health platform offering a suite of mobile applications to help the 15 million Alzheimer’s caregivers track their own health. The centerpiece of this “quantified self” platform – a Brain Vital assessment tool called DANA (Defense Automated Neurobehavioral Assessment) – featuring dual use technologies from the Defense department deployed on the front line of Iraq to assess combat-related stress and other cognitive issues. This groundbreaking virtual initiative with brain health as the centerpiece is a response to new statistics that show caregivers are the “second victim” of long-term chronic diseases like Alzheimer’s and other neurodegenerative diseases because of the intensity of care over years that jeopardizes their own health. The Geoffrey Beene Alzheimer’s Initiative is also supporting a research study at Duke University to look at the potential for DANA to be used to track changes in cognitive function over time and the detection of cognitive deficits in patients with mild cognitive impairment or Alzheimer’s disease.

BECOME PART OF THE SOLUTION

The 21st Century BrainTrust™ offers proactive options for America’s “worried well” – everyone concerned about brain trauma from contact sports and accidents, documented to accelerate dementia, to asymptomatic adults (age 40+) – who understand the personal and societal threats of Alzheimer’s disease, but are stymied by stigma, denial and ageism.

Search for Gender Based Difference in Alzheimer’s Disease

The 2013 Geoffrey Beene Global NeuroDiscovery Challenge, vetted by the National Institute on Aging (NIA) as technical advisor, focused on the need to better understand gender-based differences in Alzheimer’s disease progression and its impact on early cognitive decline. In heart disease, men and women present differently for both diagnosis and treatment. Is the same true for Alzheimer’s disease?

Do women get Alzheimer’s more than men, even after correcting for longer lifespan? In what ways does the disease appear to affect them differently? While some initial studies have begun to explore gender differences in Alzheimer’s, rigorous and critical investigation is needed to set the direction for future research on key aspects of Alzheimer’s.

AND THE WINNER IS…

The 2013 Geoffrey Beene Global NeuroDiscovery Challenge has named Enrico Glaab, Ph.D., research associate at the Luxembourg Centre for Systems Biomedicine, University of Luxembourg, the grand-prize winner of the first-ever challenge to identify male/female differences in Alzheimer’s Disease (AD). Dr. Glaab will receive a $50,000 Innovation Awards from the Geoffrey Beene Alzheimer’s Initiative and 21St Century BrainTrust™ to continue his research. Glaab will also share in a $50,000 award to four finalists of this global online competition.

The Registry provides people who want to see an end to this disease a simple and meaningful way to help. It is the first online, Alzheimer’s disease national prevention registry created specifically to recruit:

By joining the Registry, members commit to helping end Alzheimer’s without losing another generation. They step forward to protect their own health or that of loved ones and friends. In turn, the Registry allows them to be part of an online community that provides them with regular updates on the latest scientific advances and news, information on overall brain health and potential opportunities to participate in prevention studies.

Signing up is quick and easy, so do it today.

The Registry will provide participating researchers with unprecedented access to the largest pool of patient data in Alzheimer’s disease research, with enrollment goals of 250,000 by the third year of operation.

A number of major research organizations are already committed to using the Registry, including those planned by the Alzheimer’s Prevention Initiative and the Alzheimer’s Disease Cooperative Study.

CogState Research is an academically oriented version of the CogState ClinicalTrials software.

With the same proven rapidity, sensitivity and validity, this software provides academic researchers with a powerful method of testing cognition at a competitive price. It has been used by institutions such as Yale University, the University of Melbourne and the Australian Government’s National Health & Medical Research Council.

CogState tests use simple but effective technology to detect cognitive change in subjects. The tests begin by taking a baseline measurement from a subject who is then periodically retested in order to detect cognitive change. CogState testing utilizes culture-neutral stimuli, which ensures that a wide range of subjects can be tested regardless of their ethnicity, socio-economic background or education. CogState tests are extremely sensitive and their validity has been demonstrated in over 100 peer-reviewed articles. 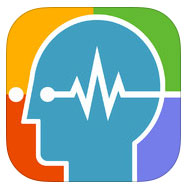 Your Brain Health is just an app away!

› Download It
› Blue Button It
› And Opt in for Research

BrainBaseline™, a top finalist in the Alzheimer’s Challenge 2012, co-sponsored by The Geoffrey Beene Alzheimer’s Initiative, harnesses the revolutionary technology of the iPad to help you track your brain’s performance. BrainBaseline™ is the first iPad application to measure how well your brain works. BrainBaseline™ crosses the ease of use and the multi-touch technology of the iPad with a series of interactive and engaging game-based, clinically-modeled assessments.

The Ginger.io platform and app are currently being developed for clinical trial validation in collaboration with the 21st Century BrainTrust™.